The thought of moving from being overweight and out of shape to slim and healthy might seem unrealistic in our world of instant gratification. There are, of course, many ways to get there, including attending a gym, following an influencer on YouTube or Instagram, or, if you’re fortunate enough to live somewhere with easy access to hiking, you’re already halfway there. All of the above-mentioned options are excellent for getting in shape, but they take a lot of time. The daily grind of school, job, events, and extracurricular activities has made fitting in one more activity more of a chore in itself. Even if a person has a healthy diet and active lifestyle, it can often be difficult to get rid of stubborn fat or build up muscle tone.

The great news is, there are medical devices that eliminate fat and tone muscle with greater and faster results. Coolsculpting and EmSculpt Neo are the two leading non-surgical technologies, both FDA-approved fat destruction alternatives to liposuction. EmSculpt Neo, however, is a newer device that provides a more thorough and proven result than Coolsculpting. Let’s dive right in and see where the similarities and differences lie and why one is superior to the other. 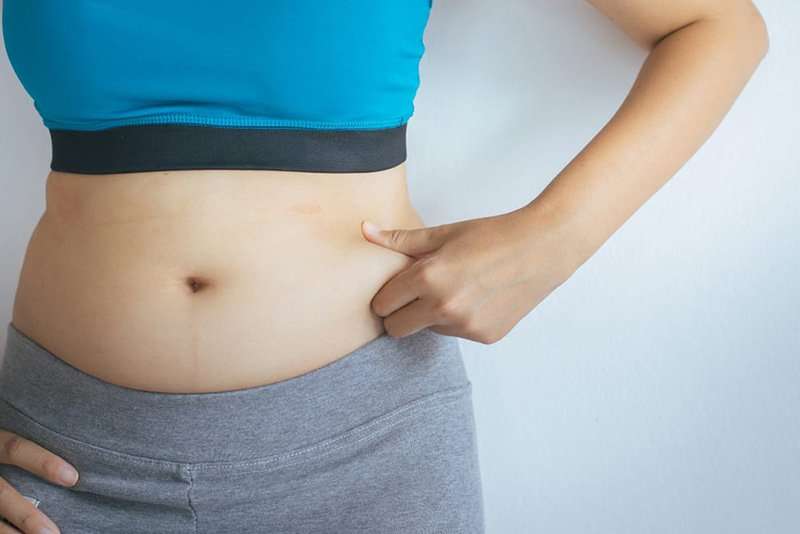 The similarities between EmSculpt Neo and CoolSculpting:

Both CoolSculpting and EmSculpt Neo are non-invasive fat-loss treatments with no downtime (aside from minor soreness) and a short treatment time. Patients will be able to resume their normal activities following the treatment. Because safety is always a top priority, both treatments are FDA-approved. CoolSculpting has been available for over 5 years, while EmSculpt Neo was proven safe in 7 clinical trials over 2 years before being released to the public in 2018.

The differences between EmSculpt Neo and CoolSculpting:

CoolSculpting: CoolSculpting works by freezing fat cells at extremely low temperatures to break them up and destroy them, a process known as cryolipolysis (or fat freezing). Subcutaneous fat tissues crystallise during treatment before the body disposes of the broken-down cells over time. The CoolSculpting machine uses cooling cups to cool the skin in a controlled manner to permanently kill the fat tissues without harming the surrounding muscles and nerves.

EmSculpt Neo: HIFEM energy (high intensity focused electromagnetic energy) is used in EMSculpt to penetrate muscle mass and stimulate muscle growth. It induces supramaximal muscle contractions much more intensely than a gym session. These contractions stir up rapid metabolism reactions on fat cells to both strengthen muscles and burn fats without damaging surrounding tissues. One 30-minute session is equivalent to 20,000 manual crunches or squats. Muscles are then forced to remodel and rebuild stronger, resulting in increased muscle mass and fat loss at the same time.

CoolSculpting works by utilising your body’s natural mechanisms to metabolise and eliminate damaged fat cells. Fat cells are permanently lost when they are damaged. Although the full effects take several weeks to manifest, most patients notice improvement within a few weeks. As long as you live a healthy lifestyle that includes a balanced diet and regular exercise, the results are guaranteed. Remember that your remaining fat cells can expand and contract in response to your overall weight. It is critical to understand that Coolsculpting is not a weight-loss procedure. You will get better results if you first lose as much weight as you can.

EmSculpt NEO is said to improve muscle tone significantly four weeks after the final treatment, comparable to what you might expect after several months of exercise. EMSculpt has been shown to reduce fat by up to 30% on average after 3 months of treatment. Patients experience a 16% increase in muscle mass at their targeted treatment zones on average. Many patients notice a firmer, more sculpted physique 4 weeks after their final treatment session. 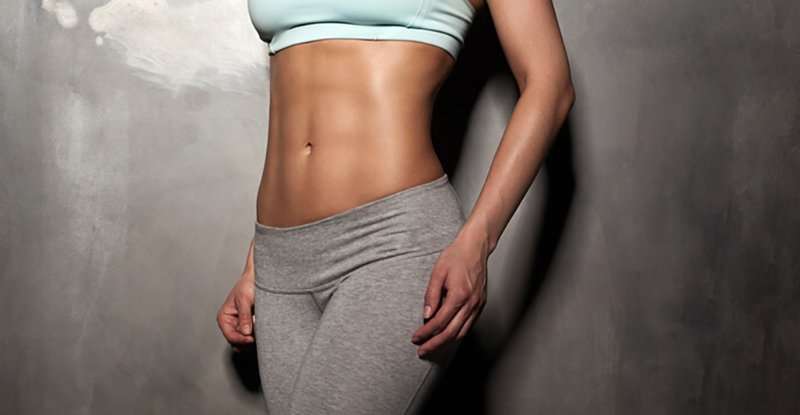 CoolSculpting: A typical CoolSculpting treatment lasts between 35 and 60 minutes. Two treatment sessions are usually enough. However, if a patient wants to target multiple areas, we may recommend up to six treatments spaced one month apart for the best results.

CoolSculpting: When it comes to the number of body areas that can be targeted, CoolSculpting is unrivaled. Patients can have stubborn body fat removed from their buttocks, stomach, and thighs, as well as their face contoured with a double chin treatment. CoolSculpting benefits:

EmSculpt Neo: While EMSculpt can build muscle and burn fat at the same time, due to the unique shape of its applicator, it can only do so in the following FDA-approved areas. It is capable of treating:

The takeaway – EmSculpt Neo vs CoolSculpting

The advances in fat loss that have been made in the last decade are certainly noteworthy. The task at hand is to choose between one treatment that will only target fat pockets at best and another treatment that will reduce fat and tone muscle with faster results. The answer is simple: EmSculpt Neo is the best device for you. You can’t go wrong with this choice: destroy fat and tone muscles in as few as 4 treatments. It takes 2 hours to achieve the same results as 12-16 weeks of gym time. Everyone wants to feel like a winner, so why not turn yourself into one with a winning device? EmSculpt Neo is the new cool body contouring treatment! 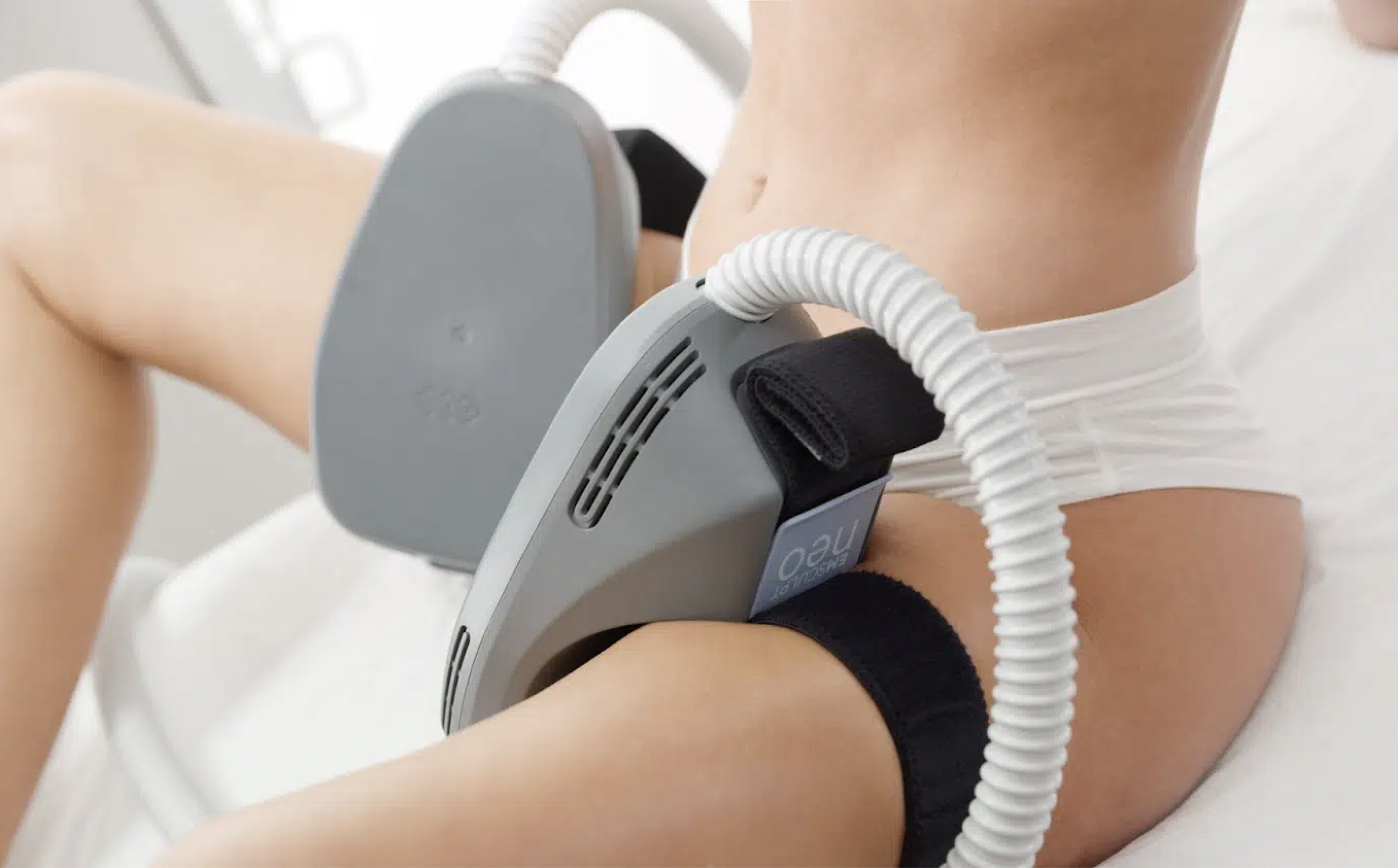 Send us your Enquiry 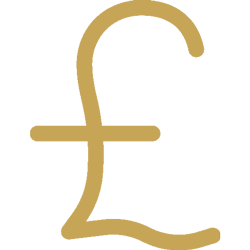 Subscribe to our exclusive monthly newsletter to receive the latest updates on regenerative treatments, limited offers and current trends in the aesthetic industry.

This website uses cookies to improve your experience while you navigate through the website. Out of these cookies, the cookies that are categorized as necessary are stored on your browser as they are essential for the working of basic functionalities of the website. We also use third-party cookies that help us analyze and understand how you use this website. These cookies will be stored in your browser only with your consent. You also have the option to opt-out of these cookies. But opting out of some of these cookies may have an effect on your browsing experience.
Necessary Always Enabled
Necessary cookies are absolutely essential for the website to function properly. This category only includes cookies that ensures basic functionalities and security features of the website. These cookies do not store any personal information.
Non-necessary
Any cookies that may not be particularly necessary for the website to function and is used specifically to collect user personal data via analytics, ads, other embedded contents are termed as non-necessary cookies. It is mandatory to procure user consent prior to running these cookies on your website.
SAVE & ACCEPT